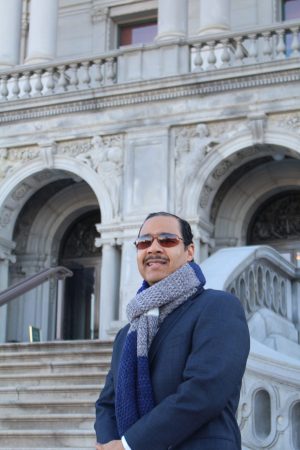 It has been three weeks since the 2019 Midwinter Conference in Seattle where we had a Conference filled with great speakers, and celebrated ALA Council passing a resolution on sustainability as a core value of librarianship. The major discussion in the aftermath however, was about an incident of racial harassment that took place at Council Forum. Rightly so.

While I am now addressing the instance of the reported harassment, I have been following the comments and statements with much concern. I believed that a rushed statement from me would not have brought clarity to a complex and distressing situation. After taking time to review the various perspectives discussed in the responses on social media and statements made by many ALA groups, there seems to be overall support for further exploration of ALA harassment policies, Equity, Diversity and Inclusion (EDI) and race.

My position is that:

Below are my thoughts on these issues and a way forward.

Is the Statement of Appropriate Conduct at Conferences enough? Harassment, inappropriate and unwanted behavior can be both blatant and subtle. Harrasment can be motivated by race and sex, it can be physical, verbal and even unwanted invasion of personal space. Incidents of harassment, bigotry, misogyny and inappropriate behavior have an effect on not just the victim but those who witness such behavior. Do we have an obligation to report such behavior? Or is it okay to act like a blatant or subtle inappropriate action did not occur? Too often the reaction to harassment and inappropriate behavior are driven by indifference and apathy. Had it not been for members posting on social media, this incident at Midwinter Conference would have remained unknown to many attendees as well as those who were not in attendance. My hope moving forward is that:

Let me speak more broadly about race and our shared humanity.

EDI matters and we must push the envelope. President Garcia-Febo and the Office for Diversity, Literacy, and Outreach Services (ODLOS) have responded to the issue of race with a series on racial equality training to be held during the ALA Annual Conference in Washington, D.C.,  as well as the creation of new Spring webinars on microaggressions and cultural sensitivity – racism, gender, and ableism included. With an understanding of the intersectionality of race and sexual orientation,  I want to expand the discussion to include issues relating to LGBTQIA and persons within disability communities. But we need to do more.

In my first blog,  I mentioned that I want to follow-up the program I organized at 2018 Joint Conference of Librarians of Color (JCLC) that provided an opportunity for ALA members to work through issues of bias and discrimination in the workplace, with a workshop that will seek to provide strategies to address instances of racism, discrimination and bias. We have much work ahead of us and I know that we are stronger when we work together to achieve our goals of making ALA and our workplaces inclusive.

When it comes to race matters in our association, members of ALA have conscientiously taken action in the past to confront racial discrimination. Professional opportunities for many librarians and library workers (myself included), came as a result of the activism of ALA members (regardless of race) who collaborated and confronted discrimination in our workplace.

One example of racial activism can be found in the case of alleged discrimination at the Library of Congress (LC).  At the 1971 Annual meeting in Dallas, the ALA Council took an action to appoint a team to investigate the discrimination allegations. An inquiry team which disclosed its findings at the 1972 midwinter meeting in Chicago stated that they, “found a pattern of actions for which it could conceive no other motivation than racial discrimination”. Additionally, the outcome of what became the Cook v. Boorstin class-action discrimination lawsuit was a result of the intervention of ALA members. In this case, the LC was found guilty in 1992 of racial bias that took 10 years to settle; LC subsequently paid a total of $8.5 million to some 2,000 employees and revised its employment practices. It is our time to be activist for the next generation of librarians and library workers.

The recent events in Virginia concerning Governor Northam and others, reminds me that racism is an insidious malady that still infects our country, and that there is so much more work to do, if we are to have a more perfect union and a more perfect ALA.

The members of ALA have appropriately confronted race matters but we need to focus on our own internal struggles, that extend beyond race. We must remember that to solve our issues we must respectfully come together, listen, understand, discuss and implement change.

When I joined ALA, I wanted nothing other than to be treated fairly and provided opportunities for professional growth. I wanted to be included. I hope that together we can continue the progress in making ALA the inclusive organization that many of us dreamed it could be. That is why I am standing to be ALA President. Join me in leading this change – We are All Stronger Together when we speak with one voice.